Like some other trustees at YU, Wiesel invested with Madoff. He lost millions.

Did the two men know one another? Yes. They dined together a couple of times, after which Wiesel invested with Madoff.

Would it make sense for a playwright to be intrigued by the historical intersection of two such different, high-profile, Jews?

Sure. And Deb Margolin, a writer from Yale, wrote a play, Imagining Madoff, in which she imagined the imprisoned Madoff recalling a long conversation he once had with Elie Wiesel. As Margolin describes it, the conversation as written was about morality, with Wiesel the embodiment of goodness, and Madoff evil, or something like that. Certainly Margolin has said that she intended her fictionalized Wiesel to convey integrity in contrast to Madoff’s sleaziness…

Yet Wiesel calls the play “obscene” and has threatened a defamation lawsuit, as a result of which the play’s Washington performance has been canceled.

Elie Wiesel, champion of liberty, has bullied a production of an artwork out of existence.

He refuses to speak to the press about this.

(He hasn’t got much of a defamation case, as this lawyer interviewed by NPR points out, but you never know.)

(By the way, the lawyer NPR interviews says something wrong:

And I guess the [legal] argument [Wiesel] would make is, look, I was a victim of Bernie Madoff. I invested – my foundation invested money in the foundation. It was an arm’s length transaction. I didn’t know the man. This play makes it look like I’m his friend. I’m having late-night conversations with him. We’re discussing things, which never happened.

While it doesn’t sound as though they were exactly friends, from what UD can tell they not only dined together twice but knew tons of people in common, sat together on a university board, and … well, Wiesel deeply trusted this man. He gave him all his money. “We thought he was God,” said Wiesel, after the fact, of Madoff… )

The play will appear, with the Wiesel character under a different name, later this summer in Hudson, NY.

… Hey! I might be able to attend that! I’ll be at our Upstate house in August…

While writing this post, I’ve been discussing with Mr UD whether we could go to Hudson to see the play. He seems to think so. A matinee maybe, since it’s around a two-hour drive…

I told him about the Washington cancellation. “If Wiesel is eager to dissociate himself from Madoff,” said Mr UD, “what he’s done will have exactly the opposite effect.”

… has now been sued for, like Ezra, funneling money to Bernard Madoff.

Like Ezra, too, he enjoys the cover that universities give his criminality.

… [Stanley] Chais sat on the boards of the Technion – Israel Institute of Technology in Haifa, the Weizmann Institute of Science and the Hebrew University of Jerusalem…

He has an honorary doctorate from Hebrew University.

His son was executive producer on the television series Dirty Sexy Money.

Update: In Haaretz, Merkin and Chais are victims.

… limns the declension of Ruth Madoff:

Before the scandal, Mrs. Madoff radiated an understated sense of taste. She favored slim black pants, fine-gauge white cotton crew necks, Susan Bennis Warren Edwards crocodile-leather flats and classic gold jewelry, according to a friend of the family who saw her regularly at gatherings.

Now Mrs. Madoff spends her days largely confined to the two-story four-bedroom penthouse on 64th Street near Lexington Avenue, dressed in jeans and an Oxford-style shirt, according to someone who is in touch with her regularly.

Madoff will likely join a corps of aging white-collar convicts including former WorldCom Inc. Chief Executive Officer Bernard Ebbers, 67, now housed at the Federal Correctional Institution in Oakdale, Louisiana, and John Rigas, 84, the ex-CEO of Adelphia Communications Corp. who is imprisoned at the Federal Correctional Institution in Butner, North Carolina.

This sentence has become a real winner – you can buy it emblazoned on all sorts of merchandise – and UD agrees with the sentiment.

In fact she’d go so far as to say that part of her applauds when high-profile women behave very badly indeed.

People sentimentalize women; they think they’re all warm fearful law-abiding domestic creatures. True equality will never occur until people begin to regard women as – for instance – capable of the same rigid unmitigated viciousness of which some men are capable.

So in a strange way UD privately cheers when Ruth Madoff reveals herself every bit the Bonnie to Bernie’s Clyde:

Broken victims of her husband’s suspected Ponzi scheme are fighting for pennies on the dollar, but Ruth Madoff says $62 million she squirreled away is none of their business.

See, I sentimentalize women. When I started reading the Madoff saga I saw poor Ruth, martyred Jewish mother… Or I saw Michael Corleone’s waspy wife. She knew… She didn’t know… She loved him, that’s all she knew!… She was protecting the children! … Here’s how I pictured her: 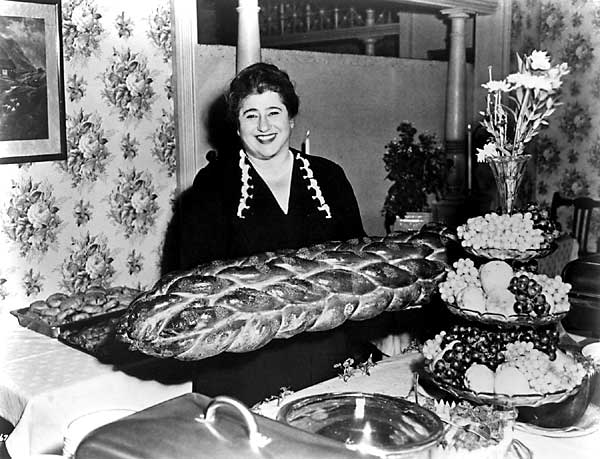 But Ruth is a svelte postmodern concoction, in every way the equal of her husband.

She’ll fight for her bag of goodies. 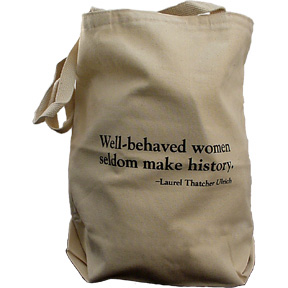 Was this, as at least a few suspect, a Mafia operation in which billions upon billions were siphoned off by the mob?

And you can see why. He has presided over a university which appointed Bernard Madoff treasurer of its trustees and chair of the board of directors for its business school.

Don’t forget – it was only a few months ago that Madoff retained these positions at Yeshiva.

Harry Markopolos, in his testimony today, tells us the sort of person Yeshiva’s president maintained in these positions of responsibility.

Markopolos feared for his life while investigating Madoff. Why?

I don’t consider it paranoia. And the reason is, Mr. Madoff was running such a large scheme of unimaginable size and complexity, and he had a lot of dirty money. And let me describe dirty money to you. When you’re that big and you’re that secrective, you’re going to attract a lot of organized crime money, and which we now know came from the Russian mob and the Latin American drug cartel, and when you are zeroing out mobsters, you have a lot to fear. And he could not afford to get caught … And he would’ve known my name and knew he had a team tracking him, I didn’t think I was long for this world.

Yeshiva University paid its president Richard Joel $698,495, plus the institution gave him an expense account of $84,869, according to the Chronicle for Higher Education, Facts and Figures, Executives’ Compensation at Private Institutions. That’s an $80,000 raise from his compensation package of the previous year. At that rate of increase it’s fair to assume that two years later, i.e., this year, 2008-9 his compensation is more than $940,000.

So – a million dollar a year salary… And how do you earn it? At a religious institution? By putting the fate of your campus in the hands of organized crime.