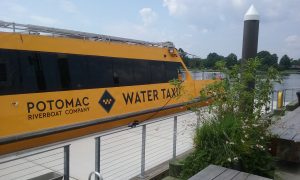 Today’s walk was the
new SW Waterfront:
AKA The Wharf.

Today’s walk was through the
National Zoo, where sprays of
cool water helped – a little. 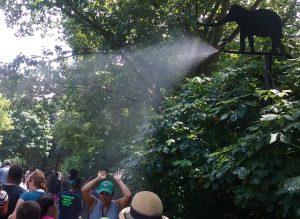 Two sights yesterday, on a walk
before tea at the Henley Park Hotel. 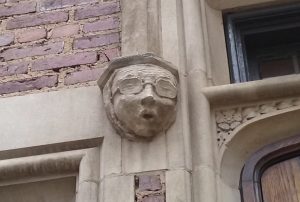 A sculpture on a side
door to the Henley Park. 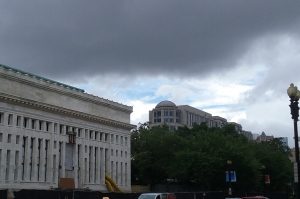 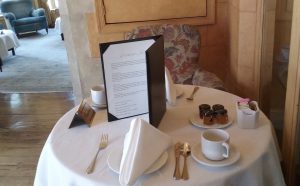 On her way to her Uber, UD spied
a turtle in her pachysandra. 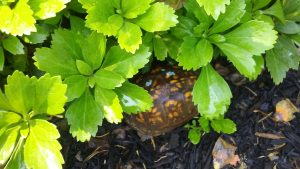 At Potomac Park, she bought tea
and coffee at this new Italian cafe,
stuffed her backpack with grapes,
Cheerios, toothpaste and dog treats
from Harris Teeter, walked briskly
around residential Potomac Park,
and then Ubered home.

UPDATE: UD‘s rather – uh –
informal garden turns out to be
a perfect spot for turtles.

Today I was on campus to have lunch
with a Canadian student getting ready
to start law school at Osgoode Hall;
to pick up a student’s final exam from
Disability Support Services; and to
check out a third student’s photography exhibit.

Here the photographer talks about her project: 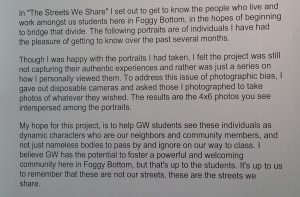 An image from the show. 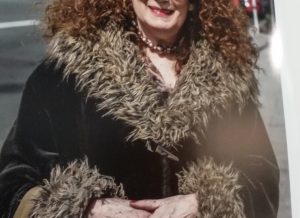 On my way back to the Foggy Bottom metro,
purple irises bloomed between buildings. 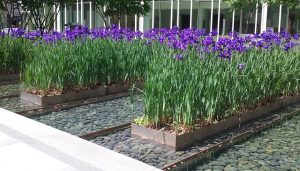 In a new series, UD will acquaint you with her world, Washington, DC.

Here’s a representative denizen, a fellow Metro passenger this afternoon. 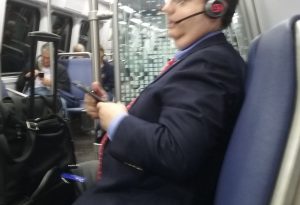 Let me start with what you can’t see: His lapel boasts a large circular button identifying his membership in some political organization – NRA maybe. He doesn’t look like an ACLU type.

Actually, to UD’s majorly practiced eye, he doesn’t look like a DC resident. He looks like a heartlander in town for a conference (note the luggage).

You also can’t see that his tie is a big splash of red white and blue.

He is young yet portly.

Hi yeah. Can’t do it until end of next week after the membership meeting. Now? I’m on the Washington metro to the airport. … Did you get a chance to read that report? Can you believe that stuff? We need to draft a response. Get Betty on it.

He is texting while talking.