UD at Inside Higher Ed About Margaret Soltan Other Writings Subscribe to UD's Feeds
Yeshiva University: As forthcoming as ever.

… Yeshiva University, which did not respond to requests for comment, may… be at risk for clawbacks. The university’s initial investment of $14.5 million with Ezra Merkin’s Ascot Fund, which was invested indirectly with Madoff, had reached a purported value of $110 million by November 2008. The university has not responded to inquires about whether it withdrew an amount greater than its initial investment

… While both Yeshiva University and Hadassah have substantial endowments that far exceed any amount they could be asked to return by the Madoff trustee, neither would identify steps the organizations had taken to reassure donors that new donations would not be used to pay off future clawback requests…

No comments | Posted October 10, 2009 6:27PM by Margaret Soltan | [email protected]
Categories: merkins
“Mr. Merkin didn’t actually manage any money himself in exchange for the hefty fees he charged, according to the attorney general’s office. His annual fee was usually 1% of the assets and 20% of the investment gains. In 2003 he increased the management fee to 1.5% for one of his funds, from which he funneled money almost entirely to Mr. Madoff.”

Non-profits – New York University, and, of course, Yeshiva University, which made him a trustee — especially admired his bundle-the-bucks-for-Bernie investment philosophy.

He’s lost all his Rothkos.

CityFile proposes we pitch in with replacements.

New York Attorney General Andrew Cuomo is selling art owned by financier J. Ezra Merkin in an effort to repay his investors who lost millions in the Madoff fraud.

The sale of several Mark Rothko paintings and Alberto Giacometti sculptures belonging to Mr. Merkin and his wife will yield $191 million for investors.

Mr. Cuomo’s office arranged for the artwork to be sold to an anonymous buyer for $310 million…

While [Ezra] Merkin faces an intense legal onslaught, he also must cope with a thorny situation at the Fifth Avenue Synagogue, where he serves as president and where his father was a co-founder. According to The Jewish Week, Mr. Merkin is slated to become chairman [Replacing Ira Rennert! Way non-stringent admissions criteria.] on Wednesday.

Although the title is largely ceremonial in most congregations, the promotion has infuriated at least some members, with one calling it “the height of chutzpah” for Mr. Merkin to stick around.

… but you have to admit this is good stuff. From Washington Square News, student newspaper of New York University:

J. Ezra Merkin allegedly lost $24 million of NYU’s money by investing with Bernard Madoff. Now, according to recently released court documents, he had been warned to steer clear of Madoff in the early ’90s by a former employee but ignored the advice.

Victor Teicher, who managed Merkin’s Ariel Fund Ltd., told Merkin that he found some of Madoff’s practices to be questionable.

… “He told me sometime — perhaps it was ’92 or ’93, that he was considering investing with Bernie Madoff,” Teicher said in the Feb. 9 deposition. “He described Madoff in terms of what he was doing and the consistency of the returns, and I felt that that was just not possible.”

But Merkin continued to invest with Madoff, who pleaded guilty to stealing $65 billion and now faces up to 150 years in prison when he is sentenced in June.

… “Ezra had positioned himself in the marketplace as someone who was very knowledge about investing and researching matters,” Teicher said. “People believed that that was his specialty.”

NYU lost $24 million when it invested with Merkin’s fund after the university had directly told him not to invest with Madoff.

… “He ultimately fooled himself in the sense that by positioning himself in the marketplace as someone who does a lot of research, he actually believed it,” Teicher said.

Teicher graduated from the Stern School of Business in 1976 with a master’s of business administration in finance. He was convicted for insider trading in 1990. [Nice succinct cv there.  MBA → Insider trading… Okay….  MBA prepares you nicely for this sort of outcome, I guess, if you go by the numbers of degree recipients who, like Teicher … Anyway.   What UD really finds intriguing here are the dates of various events.  Teicher says he advised Merkin against Madoff well after his conviction.  So Merkin’s getting advice about the Ponzi mastermind of the century from someone recently convicted of insider trading.  Right?  Or am I getting this wrong?  If I’m right, Daphne Merkin needs to write another op-ed piece in the New York Times about how her brother was surrounded by criminals and had no place else to turn.]

“You, however, took a brilliant career and actively, willingly, wiped your ass with it when it was obvious that you [knew what you] were doing,” Teicher said in his testimony.

UD’s favorite paper thought it’d be a great idea to have Ezra Merkin’s sister write about the Madoff/Merkin scandal, and his sister thought so too.

I mean, this would be fun all around: Daphne Merkin could use the paper’s editorial pages to try to exonerate her brother, the NYT could boast of its proximity to high-society banditry, and NYT readers could satisfy their obscene curiosity as to how the sister of one of the major financial malefactors of our time feels about her brother … Sort of like Shot in the Heart for rich people…

But now the paper’s public editor thinks maybe there were some problems in the plan:

Times readers who realized the connection protested that the newspaper had given Ezra Merkin’s sister a platform to make what they saw as a veiled defense of his conduct without coming clean about the depth of his involvement.

“Her column attempts to put some of the blame on the investors, but the people who invested with her brother knew nothing about Madoff,” said Jane Isay of Manhattan. “Daphne Merkin is a good writer, but readers might consider her ideas more analytically if they knew who her brother actually is, and what he has actually done.”

Daphne Merkin is a very good writer, able to mix it up quite splendidly. NYT readers as a result really need to be on their toes. The paper’s not going to help them.

Update: America’s most high-profile synagogue continues to be run by Merkin and Ira Rennert, a most godly pair.

… Art dealers should rejoice at the perfect storm on the horizon: cash-rich collectors desperate to invest devalued currency into artworks by the dead and aged, coming face-to-face with a slew of soon-to-be indicted moneybaggers, forced by either the law or necessity to sell their art collections. Like bookies in Vegas, these dealers need only match up both sides of the client equation and collect the vigorish.

What this means for the art market is simple: a steep drop in prices for the work of younger blue chip artists awash in inventory both present and future, and an expanding universe of price appreciation for the limited set of artworks created by those gone by…

UD thanks Roy Poses for alerting her to the civil fraud charges brought against Ezra Merkin today.

Merkin and his Gabriel Capital Corp money management firm “betrayed hundreds of investors who entrusted him with their savings,” the lawsuit filed in New York State Supreme Court said.

… The lawsuit also said Merkin mixed his personal funds, including his management fees from his Ascot and Gabriel funds, with the funds of his management company. Cuomo contends Merkin used management firm funds for personal use, including buying more than $91 million in art for his apartment…

… ass? Merkins aren’t made for that purpose.

Thus Ezra Merkin’s attempt to cover his ass in the Madoff matter by having his sister write a New York Times opinion piece minimizing his involvement was doomed to fail.

Yet the real question is how she managed to get the piece published at all. It’s rank conflict of interest, an attempt by a protective sister to twist the facts of her brother’s culpability.

Gawker and the Jewish Journal, among others, have expressed amazement at what looks to UD like simple corruption on the part of the NYT. Daphne Merkin’s a longtime contributor to the newspaper, no doubt a friend of some on the editorial board, and they’re doing a friend a favor by letting her try to influence the many lawsuits currently being filed against her brother.

It’s disillusioning for poor UD. She never thought of the New York Times as a provincial newspaper. 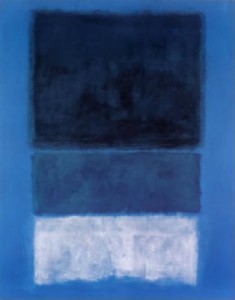 Though the paintings aren’t for sale now, “everything has a price,” said Ben Heller, 83, who helped Merkin buy the abstract expressionist paintings during the past five years. …

… the Madoff thing’s getting positively Shakespearean.

The losses involved $11 million of Bard’s $270 million endowment that the college invested in the Ariel Fund, managed by J. Ezra Merkin, Bard President Leon Botstein said today in a telephone interview from Jerusalem. Merkin was introduced to the school by the late Leon Levy, a Bard trustee who founded OppenheimerFunds Inc., and serves as a governor of Bard’s Levy Economics Institute, Botstein said. [Bit confusing there. If Levy’s late, how can he serve?]

Bard believed about a fourth of its Ariel investment was in cash, Botstein said. Instead, it was invested with Madoff without the school’s knowledge, he said.