UD at Inside Higher Ed About Margaret Soltan Other Writings Subscribe to UD's Feeds
La Kid, Galway, This Morning 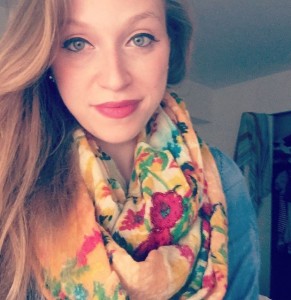 … joins UD in wishing
you a happy new year.

In the space of three days, La Kid
went from San Diego to DC, and
then from DC to Galway, Ireland.

She’s there now, with her man.

No comments | Posted March 22, 2015 9:09AM by Margaret Soltan | [email protected]
Categories: snapshots from galway
The Troubles

La Kid and her man Ed Fitzgerald
at University Hospital Galway not
long after her appendectomy.

The flowers are from her anxious parents.

No comments | Posted August 11, 2014 5:25AM by Margaret Soltan | [email protected]
Categories: snapshots from galway
“Everything’s fine here! How are you?”

“Well,” replied La Kid, “everything’s fine but I’m running around getting ready to go to the Galway Races. Can you call back tomorrow?”

La Kid‘s outing gives UD an excuse to feature this poem about the event, by Yeats.

Here where the course is,
Delight makes all of the one mind,
The riders upon the galloping horses,
The crowd that closes in behind:
We, too, had good attendance once,
Hearers and hearteners of the work;
Aye, horsemen for companions,
Before the merchant and the clerk
Breathed on the world with timid breath.
Sing on: somewhere at some new moon,
We’ll learn that sleeping is not death,
Hearing the whole earth change its tune,
Its flesh being wild, and it again
Crying aloud as the racecourse is,
And we find hearteners among men
That ride upon horses.

So of course it’s really a complaint; and not too far off from what ol’ UD‘s always on about – it’s easier to excite people with sports events than with poetry (or, to go to the subject of universities, with the thrill of thought about poetry, or thought about anything else worth thinking about). Commercialism and bureaucracy rule now, and you can’t expect timid clerks and merchants to get a charge out of being confronted with challenging aesthetics and metaphysics… But take heart! Although we live in an unpoetic world now, sleeping isn’t death – it’s a kind of preparation, a hibernation… Because the basic truths about human beings never change – our earthy flesh is wild, and ultimately in search of the unfettered “delight” of art as much as the delight of the races.

And here’s La Kid herself,

with her man Ed Fitzgerald,
at the races. It looks sunny! 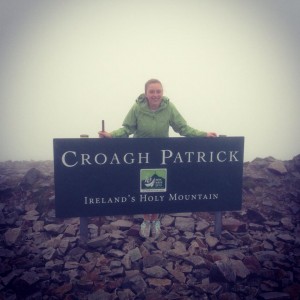 A couple of hours ago. 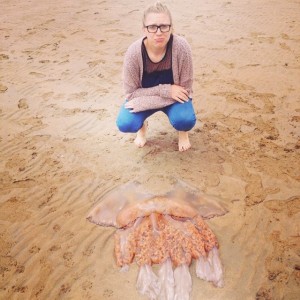 Barrel is the common name.

La Kid is currently living
in Galway, in one of the apartments

above this restaurant. Milano is
“situated just a stone’s throw from
bustling Shop Street. Considered to
be the city’s most stylish dining room,
it is a spacious restaurant, often
described by visitors as an oasis in
the midst of the hustle and bustle of
busy city life.” La Kid will not starve.