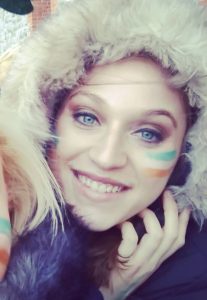 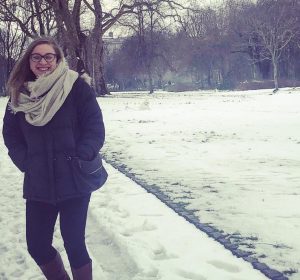 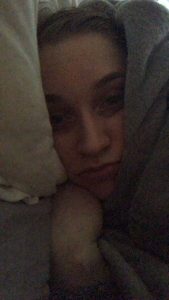 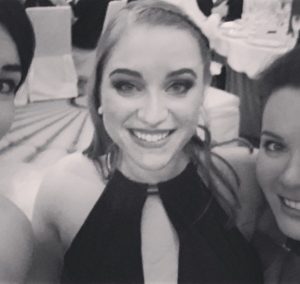 … at a Dublin ball.
Last night.

2 Comments | Posted February 24, 2018 12:16PM by Margaret Soltan | [email protected]
Categories: snapshots from dublin
I don’t know where we get our reputation for global ignorance.

[When comic Kathy Griffin, in her show in Dublin,] referred to “being in the United Kingdom,” she was startled by the reaction of the Dublin audience. The packed crowd of die-hard fans turned on her, hissing and booing. She seemed thrown off-balance, and had trouble returning to her story. 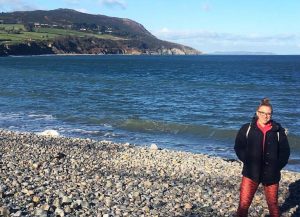 La Kid, right now,
hiking the Bray to
Greystones Coastal Trail
on one of those incomparable
Irish afternoons.

The names of seashore towns run out to sea…

The photo makes me think of Elizabeth Bishop’s
also incomparable poem, “The Map.” 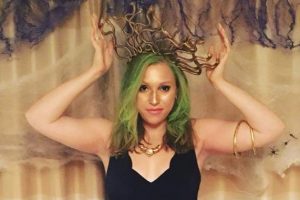 … for her Dublin Halloween. 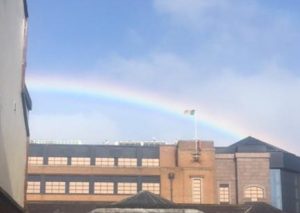 … at the Dublin Horse Show. 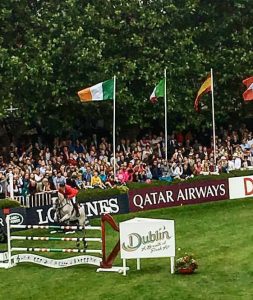 She sends this snap. 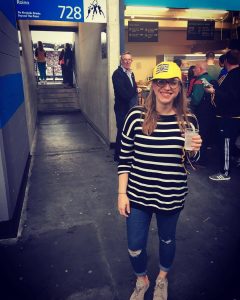 Gaelic football? Something of
that sort.

I mean, you can watch it. 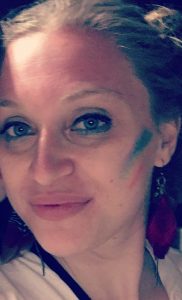 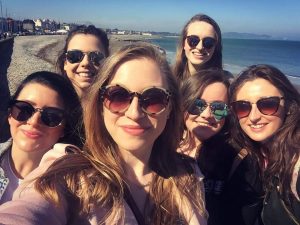 … with her buddies on a sunny Irish day
on the Bray to Greystones Cliffwalk. 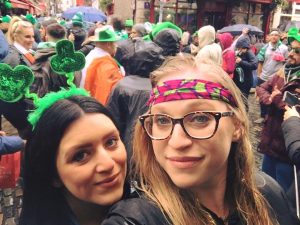 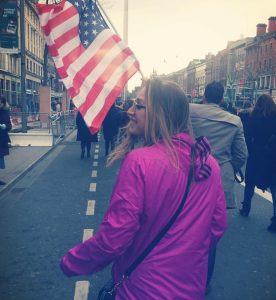 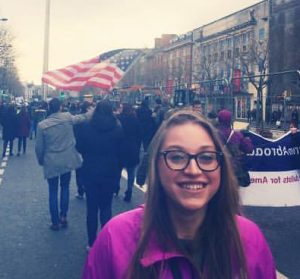 As for the local march,
here’s a representative headline.

UD‘s cousin Karen (actress
and director), on her way
to the DC march this AM. 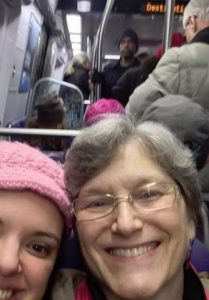