UD at Inside Higher Ed About Margaret Soltan Other Writings Subscribe to UD's Feeds
← Previous Post: In his 1980 Nobel Prize Lecture… | Next Post: 96 Varieties →
All day, chez UD, it’s been about the crash.

La Kid called to see how her father was doing. We cancelled dinner with our friends the Elkins and the Swistaks. Mr UD spent most of the day listening to and watching Polish media. His nephew Andzrej called from Warsaw. Les UDs talked and talked and talked about the catastrophe.

When she wasn’t talking or reading about the crash, UD remembered 1992, her year in Warsaw.

She wrote about it here, in the journal Salmagundi , in 1994.

The article is an orderly little reflection on post-Communist Warsaw, on being an American and a woman and a Jew in Poland… But what went through her head today wasn’t pulled together like that. It was a series of disconnected but enduring memories of that Fulbright year, when UD taught in the literature department and Mr UD in political science at the University of Warsaw.

She thought first of her black jacket. UD had bought, in the States, an expensive quilted jacket, and it hung in the bedroom of the elegant small apartment Mr UD had found on Ulica Boduena. 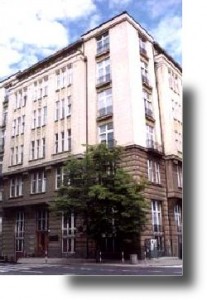 The attractive young woman they’d hired as a nanny for two-year-old La Kid was lively and sweet with the baby, but she was also a thief. UD knew she admired the jacket, found it exciting, liked to try it on… And when UD left the apartment for a few days (giving a paper somewhere), the nanny took advantage of her absence to remove the jacket from the closet. UD almost never wore it, and the nanny knew this. The nanny also correctly recognized that UD was scatterbrained and might not notice anything.

And yet I noticed right away. I must have figured she’d steal it. I noticed and did nothing. I remember thinking Oh let her have it. Let her show off her expensive quilted black jacket. I don’t care.

I remembered another scene in that apartment. Our landlord, a successful thirtyish Warsaw entrepreneur, came to the apartment one day to fix something for us. Mr UD wasn’t there, and, on his way out, the landlord – who spoke good English – suddenly took me in his arms, said something ridiculous about how sad he was, and set about passionately kissing me.

I snorted and pushed him out the door. He went quietly…